In 1968 Giancarlo Buonfino and others created the ‘New Militant Cinema’ Collective in the wake of the explosion of workers’ and students’ struggles in Italy. As far as I know the only film Buonfino and the collective made was Totem (1969) — the original version, embedded below, is available on YouTube. It took a whole year to produce it and it was subsequently screened in informal venues in neighborhoods, squats, factories and universities.

Buonfino was one of the most salient designers working within Italian leftist movements and the area of Autonomy in the late 1960s and 1970s – his drawings and writings on cultural politics and historical avant-garde were published in journals such as Quaderni Piacentini or Primo Maggio. Amongst other books, he was the author of La politica culturale operaia. Da Marx e Lassalle alla rivoluzione di Novembre, 1859/1919 (Working-class Cultural Politics: From Marx and Lassalle to the November Revolution, Feltrinelli, 1975) and Avanguardia, Dada, Weimar (Avant-garde, Dada, Weimar, Arsenale, 1978), with Massimo Cacciari and Francesco Dal Co. Buonfino killed himself in 1980 amidst the wave of repression during the period of ‘riflusso nel privato’ that followed the events of 1977. More information about his work and life can be found in this tribute webpage created by his brother, photographer Walter Buonfino. 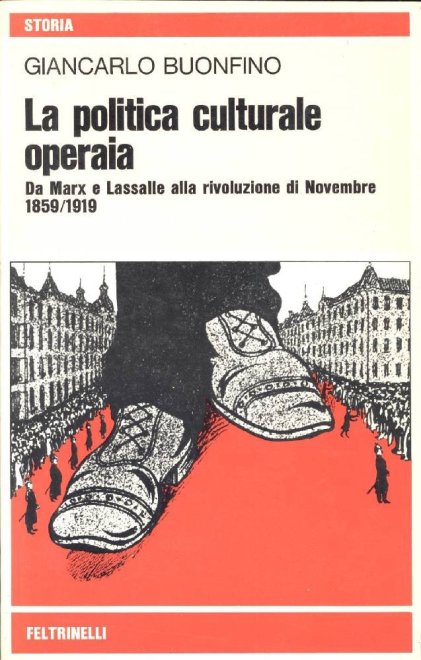